Ride the Rockies returns to the Roaring Fork Valley, but not without a few bumps in the road

This year's recreational bike ride is taking nearly 1,000 cyclists over Colorado mountain passes on a series of routes that cover 436 miles. The ride, which spans six days, raises money for local nonprofits in areas where the cyclists ride.

Late last year, Ventures Endurance, a subsidiary of the USA Today Network, took over the event from the Denver Post Foundation, which had hosted the event since its inception in 1986.

According to Pitkin County Commissioner Greg Poschman, the new organizers didn’t seem to know what it takes to put on an event of this scale. He said Ventures Endurance was difficult to reach and slow to apply for the permits that help local officials manage safety precautions for the event.

“What happened this year is that they're under new management," Poschman said. "Maybe they didn't even know that they had to file permits. And so they were really late in getting to the municipalities and the counties.”

Poschman added that Pitkin County was not alone in facing difficulties regarding communication and event planning with the event hosts leading up to the ride.

He said Garfield County and the Town of Basalt also dealt with delays, as The Aspen Times first reported.

“It actually takes a lot of logistics and a lot of support from the communities to make sure it goes smoothly," Poschman told Aspen Public Radio. "It's not just their own deal.”

Kaitlyn Greenleaf, vice president of Ventures Endurance, acknowledged that there was a learning curve when it came to the group’s organizing efforts this year.

“Our inaugural production of Ride the Rockies, which passed through Aspen today, was a success,” Greenleaf said via email. “Given the experiential nature of this event, we have various key learnings which will inform future rides.”

Despite the preparation mishaps behind the scenes, riders such as David Brewster still had a good time.

This year marks Brewster’s eighth consecutive year as a rider, and this time, he was the first rider to summit Independence Pass, which sits at just above 12,000 feet.

“The riders are really encouraging,” Brewster said. “You're in gorgeous, mountainous Colorado. It's just awesome. Everything about it has been great.”

Ride the Rockies wraps up Friday with a stretch that runs from Breckenridge to Golden. 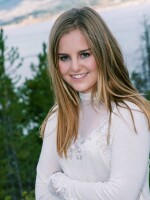