After a series of positive COVID-19 tests last weekend disrupted two performances, the Aspen Music Festival and School has announced an extension of its mask mandate for Harris Hall.

The festival planned to drop mask requirements at the intimate, 500-seat indoor performance space on Friday, July 8. The mandate now runs through July 15.

“In Harris Hall, it’s of course quite enclosed,” said Alan Fletcher, president and CEO of the Aspen Music Festival and School. “We have very good air purification in there, but we still continue to feel that the audience should be masked.”

The decision comes after the festival scaled back it’s annual free Fourth of July performance. The concert usually features a large brass band. This year, a set of small ensembles and singer-piano duos took the stage instead. And a Conducting Academy performance on July 5 was canceled altogether.

On Friday, Fletcher said the festival has seen a drop in reported positive tests this week.

“Our rate of positive tests is quite a bit lower than last week, so I think we have turned this corner,” he said. “But everybody who’s experienced the past two years knows that there are many, many corners in the maze.”

To help navigate the maze, the festival had already hired a full-time specialist to provide guidance on CDC and county guidelines.

There are a lot of factors to take into consideration. Wind instruments and vocalists are more likely to spread COVID-19 while practicing and performing than string instruments. There are about 480 students at the school this year, taught by dozens of instructors, in addition to the many traveling performers and attendees.

In an emailed response to a request for the number of COVID cases and rates, Aspen Music Festival VP of Marketing and Communications Laurie Smith wrote that the festival has had "evolving testing processes" and that "there isn't easily comparable data."

"That said, in general, cases remain at a manageable level, with proper quarantining and substitutions of assignments, and have been roughly consistent over the past couple of weeks," she wrote.

The show goes on, for now, with more than a dozen concerts each week over the next six weeks. Of the more than thirty performances over the past ten days, only two were disrupted by COVID-19. 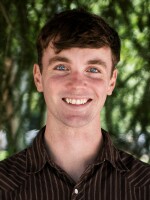 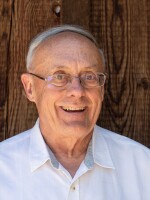