Coal-producing Emery County is one of the only regions in Utah to have seen a drop in population in the last decade.

And those that remain have lost good paying jobs as the state transitions away from coal.

A new research facility wants to bring back revenue and jobs by experimenting with a number of new technologies.

One of those projects is a type of nuclear reactor some think could be the future of power.

Justin Higginbottom of public radio station KZMU reports as part of a series on the transition away from fossil fuels for the Rocky Mountain Community Radio coalition. 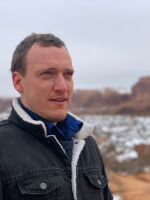