Nutrient-rich composting material often referred to as “black gold” is being created in the dry adobe hills at a commercial composting site near the base of the Grand Mesa in Delta County.

The 240-acre site operates under a Certificate of Designation from the Colorado Department of Health and Environment for roughly 80 acres.

CHT also worked closely with Delta County prior to the adoption of its land-use code.

CHT CEO Erica Sparhawk said it was an easy process working with the county on the 14-acre project.

“We’re one of the only certificates of designation that they have, it’s not like a process that they go through regularly like other approvals," Sparhawk said. "And I was super impressed with the level of diligence and thoroughness that their staff provided. They were really great to communicate with. And then we had to go in front of the Planning and Zoning Commission, the County Commissioners, and we got unanimous support from both of those entities.”

An early-morning tour of the facility yielded a wealth of information about the process of turning septic waste, biosolids, food waste and yard waste into rich compost.

”And generally, as the temperatures come down, they are kind of going through their final stages of composting, to be a more stable product," DeWolfe said. "Then, once it’s finished after that 90-day cure, then we test it, make sure it’s safe for metals and for fecal chloroform because we are using the biosolids in there."

DeWolfe says the use of biosolids in the compost is entirely safe.

"A guy that we look to on the Front Range who has one of the biggest composting operations over there kind of said it this way: 'That’s the most-tested feedstock we get. I mean it’s tested, tested, tested at the wastewater treatment plant, we get it and we test, test, test, test,'" said DeWolfe. "And the research shows that it’s safe, whether you know people want to put it on their veggie garden, that’s fine. I think there’s a ton of uses for biosolid compost.”

Organic materials are the largest waste stream being dumped into limited space in Colorado county and city landfills. That represents roughly 36% of reusable debris that could go into composting being buried beneath the surface.

Although much of the organic material at the Delta County site is locally provided, Sparhawk says a well-known ski town in San Miguel County has chosen to truck its biosolid waste nearly two hours away to help CHT produce “black gold.”

“The city of Telluride now brings their biosolids here, and that comes from a wastewater treatment plant," Sparhawk said. "They were taking it to a landfill. Part of their community goals is to be more responsible with their waste and compost as much as they can, so they bring their waste here now."

It is estimated that up to 170 thousand tons of organic material end up in Western Slope dumps.

Composting is an environmentally responsible way to create a high-quality finished product that can be used on lawns, gardens and fields, as well as serves as an example of a productive circular economic model for local communities.

In an effort to keep usable waste out of nearby landfill, CHT is collecting yard waste and green waste free of charge. They are also working to develop a new project to clean septic wastewater for irrigation, said DeWolfe.

"Basically, the midwater, you could call it, would go down to be evaporated, and we use the solids in the compost," he said. "We’re actually refining that process a little with a dewaterer that we just got, that will really help clean up the midwater. It’s not dischargeable standards, but we can then irrigate with that.”

Going forward, CHT will continue to grow their current feedstocks while looking for additional food waste from businesses, schools, correctional facilities and hospitals that are willing to haul the organic waste to the site. 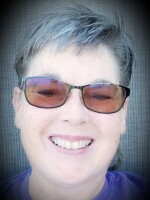 Lisa Young
Lisa Young is a multimedia journalist living on the Western Slope of Colorado. She currently works as a freelance reporter for KVNF "Mountain Grown Community Radio" in Paonia, Colorado.
See stories by Lisa Young
Sign Up