Aspen Public Radio’s Board of Directors has announced the hiring of Breeze Richardson, who will be joining the forty-year-old news station this summer as its executive director. Her first day at Aspen Public Radio will be June 7.

Richardson is highly-respected in public media for her strategic planning and communications background, as well as her passion for telling stories and producing community-focused programming. Most recently, Richardson worked as director of marketing and communications at the Kemper Museum of Contemporary Art in Kansas City, Missouri, where she oversaw the institution’s brand and managed the overall communications strategy of the organization. She also has extensive experience in government and higher education, working with the Kansas Board of Regents in Topeka, Kansas for four years as a public information officer.

As director of strategic partnerships at WBEZ 91.5 FM in Chicago, Richardson fostered collaborative relationships with more than 70 cultural institutions and community organizations across the Chicagoland region. Additionally, she ran the Off-Air Event Series, where she produced over 45 live events for nearly 30,000 participants during a four-year period. Richardson began her career with WBEZ as a producer with the nationally-recognized radio program, StoryCorps, and was also responsible for creating a diverse library of audio postcards that captured the unique sounds of daily life in the Windy City.

Richardson received a master’s degree in public policy from the University of Chicago, as well as bachelor’s degrees in economics and American Studies from The University of Kansas. She has volunteered as a producer for the Young Chicago Authors’ annual teen poetry slam, Louder Than A Bomb, and with the national League of Young Voters. She is also an avid contemporary quilter.

Richardson replaces executive director Tammy Terwelp, who departed the station in March 2021 after making key hires to strengthen the organization’s position as a vital service for quality, independent journalism in the Roaring Fork Valley. During her tenure, the station adapted to shifts in public media trends to mainly focus on news, released its first-ever, locally-produced podcast series, Gen Z Tea, and formed community collaborations with local organizations, including Challenge Aspen, Radio La Tricolor, and more.

“We are absolutely delighted to welcome Breeze to the Roaring Fork Valley as Aspen Public Radio’s new executive director,” says Board of Directors chair Anne Tobey. “After undergoing a nationwide search, it was clear that Breeze truly understands the intricacies of combining award-winning journalism with community engagement initiatives and nuanced, personal stories that reflect the fabric of our valley. We’re very confident in her ability to guide the station in building strong, original content for locals and our valued supporters, as well as for the next generation of Aspen Public Radio listeners.”

“It’s an honor and a joy to be able to lead Aspen Public Radio into its next four decades of essential service for this amazing community,” says Richardson. “I’m so happy to once again be back in public media—even more so in this valley. This is an iconic, awesome, and special place; its landscape, its rich traditions and history, and most importantly, its people, are going to be at the core of what we’ll do as a station. I can’t wait to be a part of this talented team, to call Aspen and the valley my home, and to get started on this new, exciting adventure for my family.” 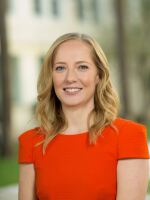