Live Coverage Of The Presidential Debates

Update 9/30/2020: Aspen Public Radio will continue to broadcast the Presidential Debates. The dates are:

President Donald Trump has attacked his opponent's political record, saying that Joe Biden has been on the wrong side of history for 47 years. Biden says four more years of Trump would mean chaos and that we are not safer in Donald Trump's America. What will President Trump and Joe Biden have to say about the future of the United States - and about each other? Join NPR and Aspen Public Radio Sept. 29 at 7 p.m. for special live coverage of the first presidential debate from NPR News. 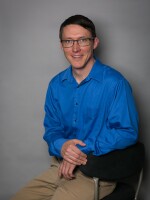