Looking To Learn About Water Availability, Some Researchers Find Clues In The Dirt

When it comes to water in the West, a lot of it is visible. Snow stacks up high in the mountains then eventually melts and flows down into valleys. It’s easy to see how heavy rains and rushing rivers translate into an abundance of available water. But another important factor of water availability is much harder to see.

Beneath the surface, the amount of moisture held in the dirt can play a big role in how much water makes it down to rivers – and eventually into the pipes that feed homes and businesses.

When dirt is saturated, more water from rainfall and snowmelt will trickle into streams and rivers. When dirt is dry, it acts like a sponge, soaking up precipitation and holding it in the ground.

“If you have dry soils, snow melts and you're not going to see as much runoff,” Osenga said. “But if you take a year where maybe you had the exact same snowpack, but you went in with really, really wet soils, those soils can't take up as much water. So you're going to see a higher runoff from that same amount of snowpack.”

That runoff feeds streams that make up part of the water supply accessible to people.

One of Osenga’s monitors is tucked away in a dense thicket of scrubby brush on a hillside above Glenwood Springs. It’s a metal tripod adorned with boxes, monitors, and wires heading underground – where a set of metal prongs uses electrical signals to measure the amount of water held in the dirt.

That data, combined with findings from the other stations around the valley, is informative in both the short term and the long term.

Water managers – who decide how much water cities and towns can sustainably use each year – can use that data to figure out how much snow melt might reach rivers each summer. That’s especially important in places such as Aspen, where much of the water supply is drawn directly from streams rather than stored in a reservoir.

Osenga said the network of monitors is spread across a variety of sites in the area to help with some of the long-term findings.

“We wanted to pick 10 spots that would represent different types of ecosystems and different elevations across the valley,” she said. “And the reason we wanted to have that elevational spread is because we're really curious about climate change impacts.”

Those impacts are a bit hard to measure because researchers are working with a limited data set when it comes to soil moisture. The Natural Resources Conservation Service – a federal authority on snowpack and Colorado’s watersheds – only has soil moisture data going back about 10-15 years.

Brian Domonkos, Colorado snow survey supervisor for the NRCS, said the agency can start to confidently extrapolate patterns after about 30 years of data collection. Despite the deficit of long-term records, he said recent years appear to be dry.

Snowpack data, which draws on about a century of observations, shows a slight decrease in annual volume over time.

Although measuring soil moisture is relatively new for environmental scientists, it’s a practice that has a long history in the world of agriculture. Farmers and growers develop an understanding of water and dirt that helps them make decisions about irrigation.

Casey Piscura is the owner and director of Seed Peace, an agricultural research nonprofit. He works at Sunfire Ranch outside of Carbondale, along the Crystal River near Thompson Creek.

“When you are coming into a season like this one where you see lower than normal snowpack,” he said, “The amount of water that can be held in the soil is essential to being more efficient with the water that we have when we know it’s going to be limited.”

Piscura pays close attention to soil health. The composition of dirt can affect its capacity to hold water and sustain crops. That capacity comes into play when he is making decisions about irrigation.

“Without good water and good soil moisture,” he said, “We really are limited in the quantity and quality of things that we can grow. So it's essential.”

Keeping tabs on soil moisture may grow increasingly important. Piscura and other farmers say long-term changes in climate conditions could lead to “desertification” in the area – where previously fertile land dries out and loses its ability to host crops.

An understanding of soil moisture bears significance for people outside of farming, too.

“It's important for understanding whether or not you're going to be in a drought,” Osenga said. “I think this year in particular, everyone in Colorado is kind of standing with their hair on end thinking, ‘Are we going to be in a real serious drought next year?’”

With snowpack hovering below average, and dry soil making it even harder for that snow to reach rivers and streams when it melts, this winter’s indicators hint at another dry summer. Without improvement, that could put the Roaring Fork Valley and Colorado on track for water usage restrictions and increased risk of wildfire. 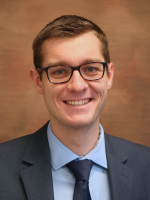 Alex Hager
Alex comes to Aspen from KDLG, the public radio station in Dillingham, Alaska. There, he served as a “fish reporter,” producing nightly broadcasts for a fleet of boats in the world’s largest sockeye salmon fishery.
See stories by Alex Hager
Sign Up