"To Vote or Not to Vote"

Older generations expect Generation Z to sway the 2020 election, but young people seem to turn their backs on politics. With election coverage more accessible than ever before, why aren’t we more involved? Are we pessimistic? Misinformed? Jaded? Or do we just not care?

In our final story of the season, we talk to Gen Zer, Leslie Hernandez, who is bucking the trend by diving into her community’s complicated political scene. Then, in a special interview taped live from the campaign trail in the summer of 2019, former Colorado governor John Hickenlooper discusses strategies politicians on all sides are using to engage with Generation Z. Don’t miss the hot political tea! 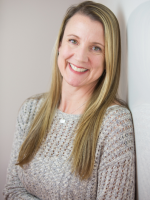