Customers who were left with a white door tag were visited by a technician who could not contact the resident, and should call 888-890-5554 to schedule a return visit. If a technician left a red tag, it means a safety inspection identified a gas appliance emitting carbon monoxide which poses a safety hazard that needs to be addressed.

"At the start of the restoration process, we were hopeful we could make swift progress, but knew factors, including weather and COVID-19 precautions, could cause delays," said Vance Crocker in a statement, vice president of operations for Black Hills Energy Colorado. "Our customers are extremely important to us. All of our crews were unified in wanting to restore service as safely and quickly as possible."

As gas is restored, Aspen Police are investigating the intentional tampering over the weekend with help from the Federal Bureau of Investigation, which gets involved in matters of “critical infrastructure.” Bill Linn, assistant police chief, said a person or multiple people tampered with the flow of gas lines at three different locations Sunday night – two in Pitkin County and one in Aspen. In a call with reporters, he said a vandal would “have to have some familiarity” with the gas equipment to have caused such a disruption and faces a number of charges, including a felony.

As of Tuesday afternoon, police confirmed that "Earth First!" was written at two locations, but they have yet to draw a definitive connection between what happened over the weekend and any involvement by the radical environmentalist group.

Police said they are not characterizing the move as an “attack” or "terrorism" and have collected physical evidence at the three locations. All three had some security measures in place, and locks were “defeated” to enter. By accessing one location, which was inside a building, the vandal could be charged with burglary.

On Wednesday evening, Aspen Police and the Pitkin County Sheriff's office released a photo of a "person of interest" who was reported as "behaving suspiciously" behind a business in downtown Aspen Tuesday morning. Since that photo was released, the man has been cleared by officials. The police are still following any leads, and Black Hills Energy officials are also participating in the investigation.

Police are seeking information from any members of the public who might be able to help them solve the crimes. Those with information should call the Aspen Police Department at 970-920-5400.

The City of Aspen distributed thousands of space heaters from the energy company to people who needed them, drive-up style. Under normal circumstances, the city would have set up warming stations for large groups of people, but did not do that this week to avoid spreading the coronavirus.

Black Hills Energy customers are asked to only call 911 if they smell natural gas, and they should leave their home immediately. Customers who want updates on service restoration directly from the company should call 888-890-5554 if they experience any natural gas service issues.

For customers who may be out of the area and whose homes or commercial buildings are not open at this time, please call the customer service center to schedule a date and time to restore service.

Editor's note: The Aspen Public Radio newsroom is not referring to the weekend actions that caused the widespread outage as "terrorism" because the authorities investigating the alleged crime have not used that word. Until the Aspen Police Department or the FBI use that term, this newsroom will not either. 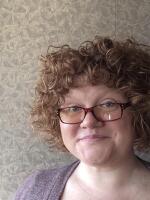 Alex Hager
Alex came to Aspen from KDLG, the public radio station in Dillingham, Alaska. There, he served as a “fish reporter,” producing nightly broadcasts for a fleet of boats in the world’s largest sockeye salmon fishery.
See stories by Alex Hager
Sign Up